Flag as inappropriate
Description Comments
An online background check is an easy way to find out if someone has a criminal record. However, not all crimes are alike. Here are some of the definitions of the types of criminal records:

Misdemeanors. These crimes include shoplifting, harassing phone calls, traffic offenses and in most states, DUI. Most misdemeanors will not result in major jail time unless the offender has a prior criminal record. In some states, misdemeanors are not part of a person's criminal record.Felonies. This is a very broad category that includes everything from murder to felony drug possession. If you are conducting an online background check and all you see is "felony arrest," you need to dig deeper. There is a big difference between crimes rape and theft or drug possession and aggravated assault.Traffic Violations. In some jurisdictions, minor traffic violations such as speeding, failure to yield or running a red light are not listed on a person's criminal record. If the traffic violation resulted in a wreck or death, most states will include them.Sex Offender listings. In the late 90s, most states established a sex offender registry. The FBI also has a national sex offender registry. These registries list the person's name, current address, the crime and their picture. If a person is listed on the registry, this will be revealed in an online background check.Parole and Probation violations. While these violations may seem similar, they are very different. If a person has served time in prison, he or she is released on parole with conditions. If that person violates those conditions, he or she is sent back to prison. Probation is a sentence in lieu of local jail time or prison. The person must also adhere to certain restrictions or be sent to prison.Arrest Records are available for only some states. The record will show the offense type, offense description, disposition date, conviction date, fine amounts, possible photos, arrest jurisdiction and other information.Conviction Record is defined as information indicating that a person has been convicted of any felony, misdemeanor or other offense, has been judged delinquent, has been less than honorably discharged, or has been placed on probation, fined, imprisoned or paroled by any law enforcement or military authority.Inmate Records are derived from U.S. Federal and State prisons. Reports can include information on an individual's probation and parole and give active or inactive status within a state facility. The report will also show the offense description, time served, sex, age, release date, location and more.

The Police - Wrapped Around Your Finger

The Police - Message In A Bottle

The Police - Every Little Thing She Does Is Magic

The Police - Every Little Thing She Does Is Magic 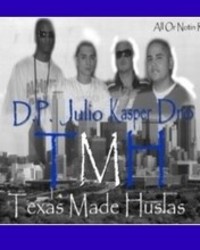