Game: Tarot of the New Moon

Maria Teresa Monti created the Tarocchi Della Luna Nuova (Tarot of the New Moon) between 1982 and 1983 using a combination of pencil, ink and tempera. Museo dei Tarocchi has published it in a gorgeous limited edition of only 300 numbered copies.

Monti's Tarot cards are beautiful, the colors vibrant, and the whole production was obviously made with great care. The imagery is based on traditional symbolism while also having a rather contemporary look and feel.

The Major Arcana and Court cards are rich in both color and meaning. The Pip cards are the traditional suit symbols (rather than scenery). They are not titled but instead the required number of symbols are depicted on the cards in appealing designs. The titles on the Majors and Court Cards are in Italian.

TarotBot is an open source framework for tarot readings on Android devices with switchable card decks and interpretations.

The interface, which re-presents tarot, was designed with the primary goal to only draw from the physical artifacts (the deck of cards) those attributes which are meaningful to the reading: imagery, interpretations, and context. The traditional shuffling, dealing, and arranging of the cards is removed from the process allowing a much more streamlined reading experience to emerge. The experience may lack some traditional elements but conducting readings for one’s self, especially on the go, is far from traditional.

While other tarot apps seek to replicate the experience of tarot cards TarotBot aims to evolve tarot into a new medium.
When tarot is most effective is when one uses intuition to interpret the cards, however interpretations are provided to help anyone unfamiliar with tarot. These are a synthesis of experience and research conducted during development.

The Oracle of the Tarot by Paul Foster Case

Learning the Tarot by Joan Bunning

Day of the Moon 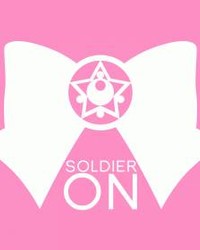