Flag as inappropriate
Description Comments
The best guitar hero style free game that lets you play with amazing 3D guitars, testing your skills to follow the rhythm of the music.

Start your own band, invite your friends, tune your voice, get the best guitars and instruments, tap to win millions of fans! Rock Life is the first mobile game that lets you be the rock star and compete with players from around the world to be the rising star of the music charts!

----
“Exceptional dynamic gameplay with groundbreaking bullet time effects.”
“Play on the most realistic guitars you’ll find on a mobile device.”
----

Create the greatest band in the world! With an super addictive combination of upgrades, recruitments and fast play, Rock Life is a rock n' roll music game that lets you manage an entire band and at the same time put your music skills to the test by playing concerts, recording albums, making music videos and much more, all with perfectly balanced gameplay.

» PRO GUITARS IN 3D – Collect hundreds of exclusive, amazingly detailed guitars entirely in high definition 3D. Get upgrades and customize each guitar in your studio.

» (COMMING SOON) PLAY ONLINE IN REAL-TIME – Play against your facebook friends or against opponents from the same category to climb up the rankings of the best bands in the world. Revenge and steal fans from other bands and earn more resources to finance your success and be a great idol.

» CREATE YOUR OWN BAND – Hire musicians, buy instruments, and invite your friends from Facebook to be a part of your band. Make a hero tour, win fans and get rich, just like a real rock star.

» RULE THE WORLD – Just like a real band, you’ll start small in your hometown and then grow to conquer the country and the continent. Finally, you’ll play epic song concerts to conquer the world. Make it happen!

Tap and click to feature fender, gibson, epiphone, kramer, gretsch and marshall instruments - just be a rising star abc and follow the rhythm.

PLEASE NOTE:
Rock Life is completely free to play but some in-game items can be purchased with real money. You can turn-off the payment feature by disabling in-app purchases in your device’s settings.
Visit www.zeeppo.com, like us on Facebook and send us your feedback and suggestions! 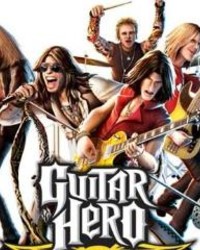